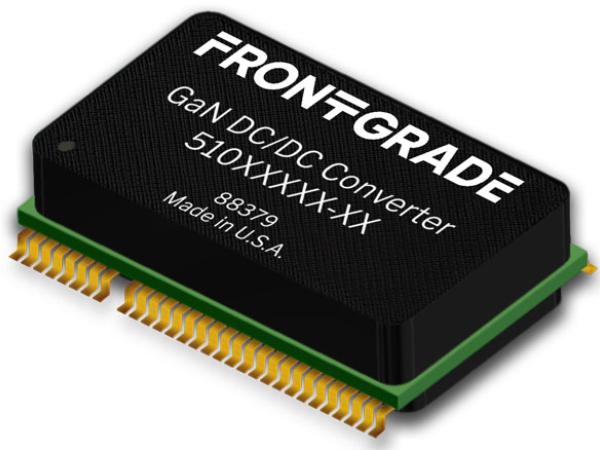 By converting power straight from the power bus to the point of load, the new single-stage converters operate easily within the increasingly stringent voltage tolerances of today’s leading-edge processing devices. This includes deep-submicron ASICs and FPGAs used in software-defined payloads that can be reprogrammed in-orbit to extend the mission life of space applications.

Designed for aerospace and high-reliability space applications, the new 28V SCD51028xx converters have a total dose radiation tolerance of 50krads (Si) and are available in a (2.5L x 1.5W x 0.63H inch) gull-winged power package that enables surface-mount installation and a low-impedance interconnect with the system board. The converters feature a lightweight 50g design and an operating temperature of -40ºC to +125ºC.

CAES is a pioneer of advanced electronics for the most technologically challenging military and aerospace trusted systems. As the largest provider of mixed-signal and radiation-hardened technology to the United States aerospace and defense industry, CAES delivers high-reliability RF, microwave and millimeter wave, microelectronic and digital solutions that enable our customers to ensure a safer, more secure planet. On land, at sea, in the air, in space and in cyberspace, CAES’ extensive electronics and enhanced manufacturing capabilities are at the forefront of mission-critical military and aerospace innovation. www.caes.com